The Siege of Petersburg in 1864-65 has long drawn Civil War Buffs to the region. Walk among the hallowed battlefields and visit historic homes that served as the stage for this last dramatic chapter of the War. Visit the headquarters of titanic generals, Ulysses S. Grant and Robert E. Lee. Walk in Lincoln’s footsteps when he visited the Union Army. Follow the daring route of runaway slaves and Confederate cattle thieves. Battling Armies spent 9 1/2 months in and around Petersburg, so plan to spend at least two days soaking up the history.

In June of 1864, the Union Army crossed the James River and attacked Confederate defenses on the outskirts of Petersburg, Virginia. This started what was to become a 9 1/2 month siege that effectively ended the American Civil War. Petersburg was a vital supply hub for the Confederacy due to the many railroads connecting the City to other parts of the South. General Ulysses S. Grant and his soldiers surrounded Petersburg and General Robert E. Lee and his men tried desperately to keep them out. There are several notable battlefields, museums, and historic homes to visit. Read on for more.

Petersburg National Battlefield is the natural place to start your tour. The Eastern Front Unit includes the main visitor center and a four mile, 7-stop tour road, which includes the infamous Battle of the Crater. The Visitor Center is open from 9:00 – 5:00 pm daily except for Thanksgiving, Christmas, and New Years Day when the park is closed. The park itself is open from 9 AM to Sunset so you can still tour the park if the Visitor Center is closed.

After getting a general sense of the Siege of Petersburg at the Eastern Front Unit, visit the Headquarters of the great commanders of the battling Armies. Just across the Appomattox River is Violet Bank, the headquarters of General Robert E. Lee, commander of the Confederate Forces at Petersburg. Violet Bank served as General Robert E. Lee’s Headquarters from June 8, 1864 to November 1, 1864. Numerous Historic displays, artifacts, and period furniture are on display. The museum is open Mon-Sat from 9-4.

Ten miles away lies the Headquarters of Lee’s opponent, General Ulysses S. Grant, commander of the Army of the Potomac. Grant spent his time managing his troops from a small cabin located on the grounds of Appomattox Manor at City Point. President Abraham Lincoln also visited Grant here during the Siege. Here the James and Appomattox Rivers meet providing a strategic location from which the Union Army was supplied by ship and was the largest port in the world at the time. The site is managed by Petersburg National Battlefield and known as the City Point Unit.

Nearby, thousands of soldiers (mostly Union casualties) killed during the Siege of Petersburg rest in peace at City Point National Cemetery. There is no visitor center or staff on site, but the Cemetery is open from dawn to dusk. 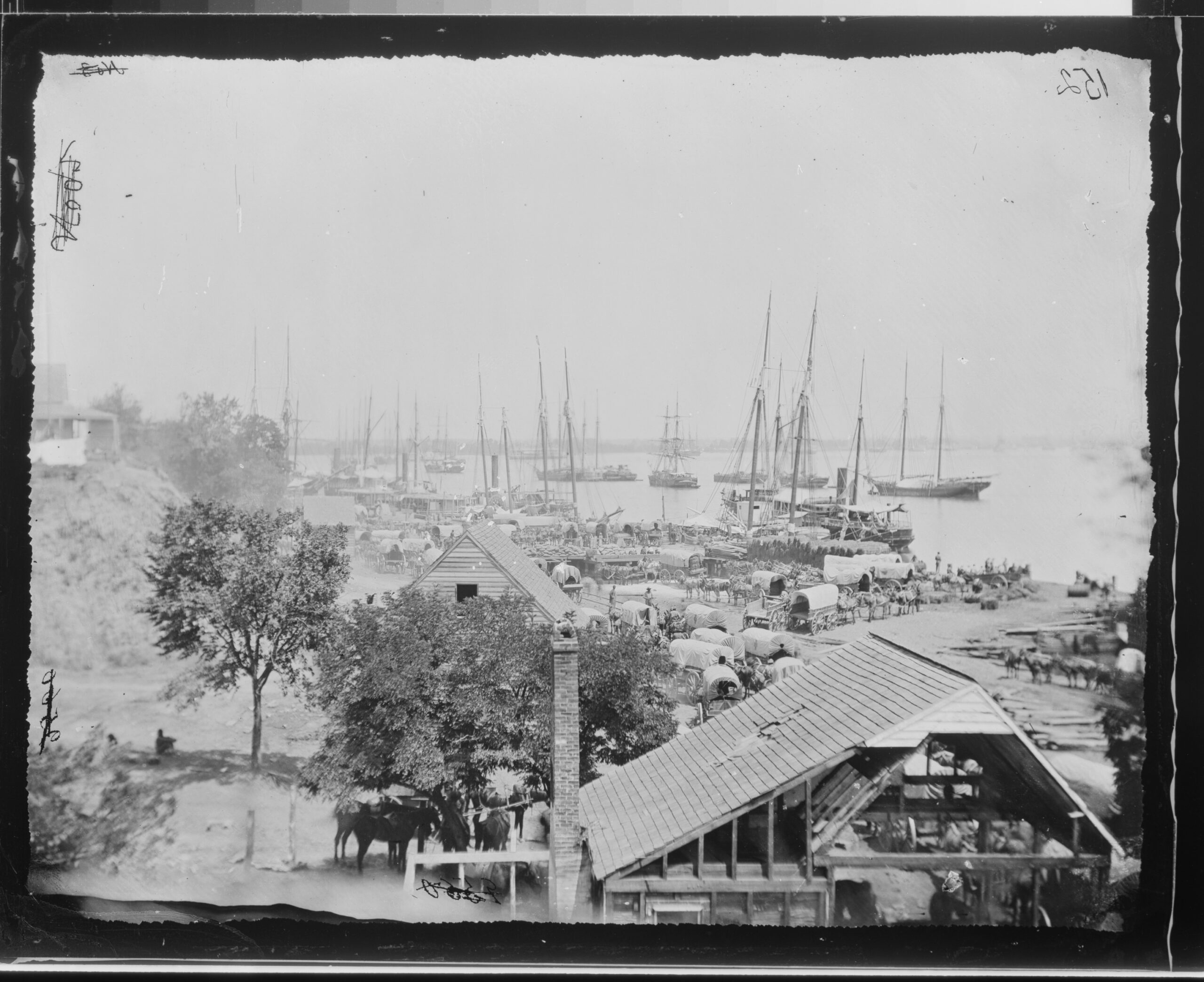 Another interesting stop a little farther afield is the historical marker for the Beefsteak Raid. Taking Route 10 East out of Hopewell into Prince George County, turn right onto Heritage Road and arrive at the intersection with Old Stage Road. At this intersection you will find a historical marker outlining the events of Confederate Cavalry General Wade Hampton‘s expedition deep behind Union lines to capture a herd of cattle. This daring feat brought nearly 3,000 cows back to Confederate Lines to feed the hungry, besieged soldiers.

Continuing on a broad loop, next travel to Five Forks Battlefield, another satellite of Petersburg National Battlefield. Here, Confederate General George Pickett, attempted to prevent the Philip Sheridan Union Army from capturing the last remaining railroad connecting Petersburg to the outside world. Unsuccessful, the Confederate Army knew it’s days were numbered. The very next day, Union forces broke through Confederate lines at what is now Pamplin Historical Park, forcing General Robert E. Lee to evacuate Petersburg and Richmond. Pamplin Historical Park is a vital stop on this tour not only because it is the site of the Breakthrough Battle, but also houses the National Museum of the Civil War Soldier, which educates visitors on the life of the average soldier fighting the Civil War.

Time permitting, head to Old Towne Petersburg a few miles from Pamplin Park and explore the City these two titanic Armies fought for. The newly renovated Petersburg Visitor Center is open and tells the story of Petersburg before, during, and after the Civil War. From there, you can walk to many historic sites in town, including Pocahontas Island, site of the oldest free black community in America and a vital part of the Underground Railroad.

These are just some of the highlights regarding American Civil War history in the area. As you visit these stops, you will undoubtedly discover other places that peak your curiosity. Be sure to review these locations on Google or Trip Advisor and tag us in your photos on Facebook and Instagram.